I thought I'd do a little update on my new ladies. They have settled in very well and are already developing their own personalities! 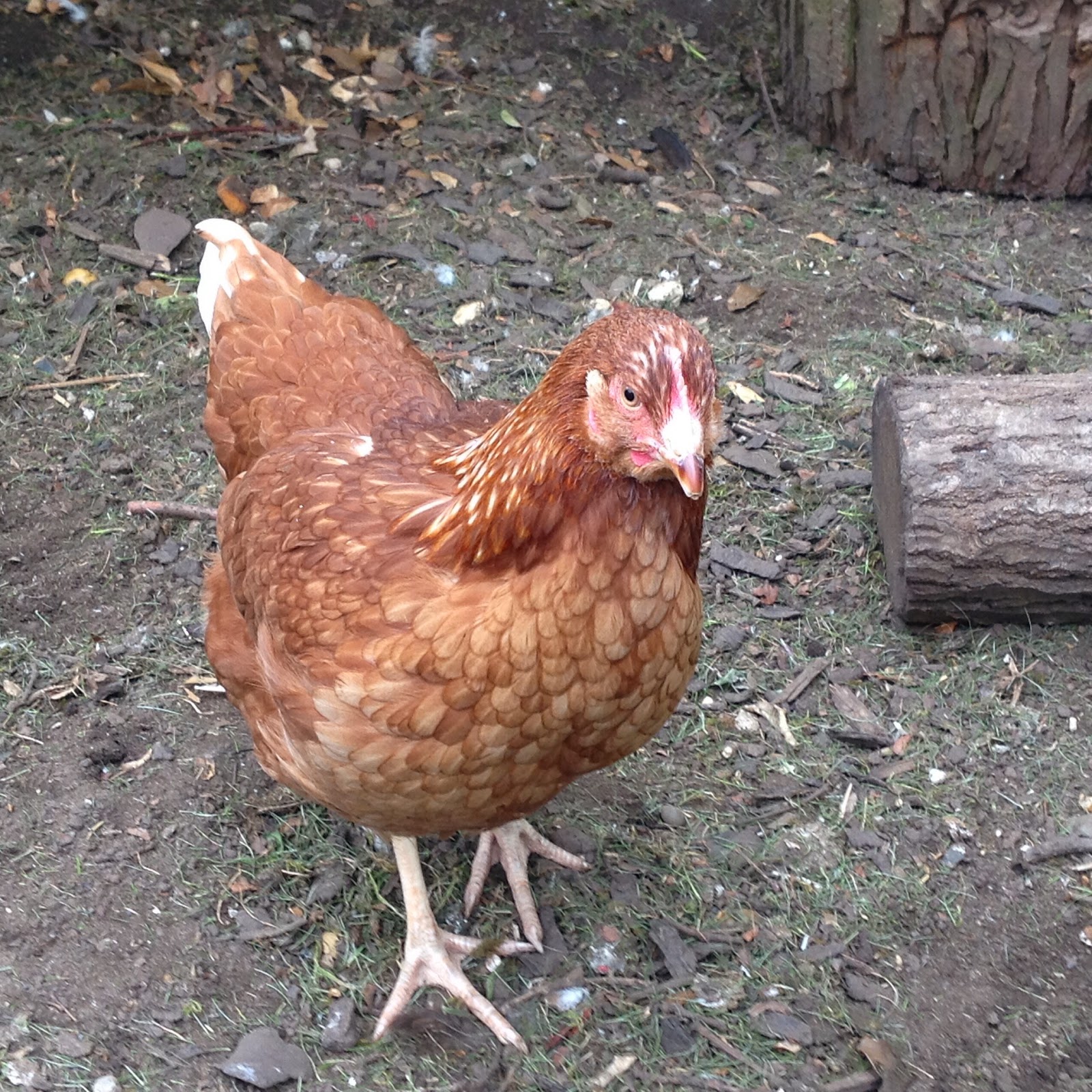 The last to go in at night and the last to eat out of my hand. She seems to be more of a loner and when the other four are all trotting around in a clump, she'll be off doing her own thing elsewhere. She was the first to make her way on to the coop roof, strutting about up there like she was queen of the castle! Mind you, she soon hopped down again when I strode down the path! The most timid and, even though I'm quite sure I'm not supposed to have favourites, I've got a soft spot for her. She goes in well at night and stays in rather than the ridiculous French farce we have with the others of two in, one out again, another in, two more out etc etc!! She's extremely soft too and seems to really like attention despite me getting the feeling that she doesn't feel she deserves any - I think she may have issues from her childhood! 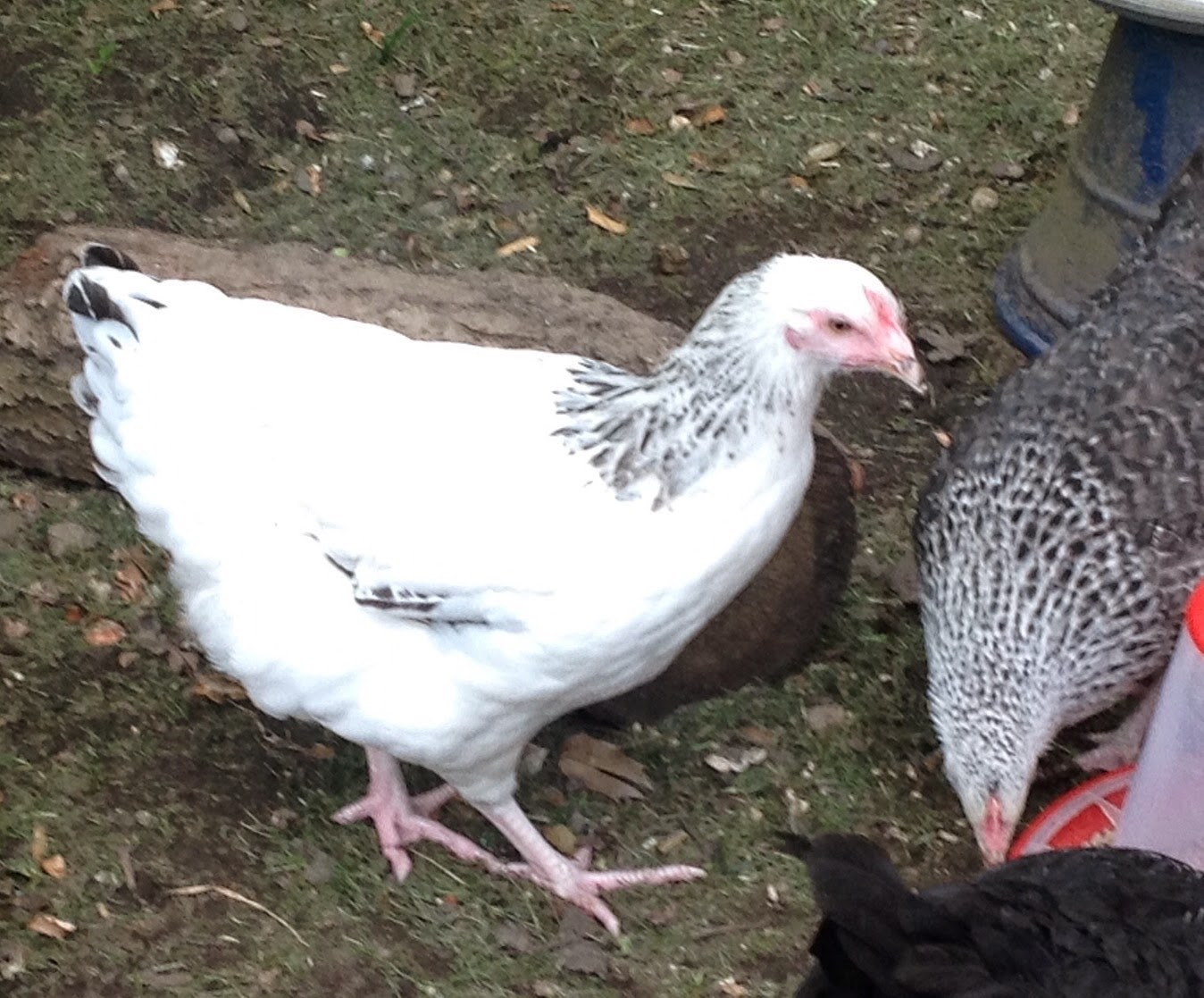 Sorry it's a bit blurry - she was too busy strutting her stuff!

Bossy and does the most posturing, reminding everyone she's the most beautiful AND the tallest! She was the first to eat out of my hand. Despite all this showing off, she hasn't tried to flap her way up on to the sides of the run or the coop, so it's all about appearance for her. "Gimme the food!!"
The largest of the group and prefers to perch on the perimeter of the run rather than being below with the others. She's the most enthusiastic feeder. She is a nightmare at going to bed, in and out like a yo yo, fearing she might be missing something (probably food!). "It wasn't me miss - it was her!"
Well now, this one is trouble! She's the escape artist - I looked up from making a cup of tea, to find her strolling around the lawn. She squawks like a banshee when you pick her up too. She is regularly trying to tightrope walk along the perimeter of the run, but keeps an eye out for me because she knows she shouldn't be up there, so as soon as I appear, she flaps back down again before I've even said anything. I get the distinct impression that Prim would put mischief before food!! One to watch I think!

HavIng spent many years teaching and working in Secondary schools, I can't help but view them as I would a small, slightly disparate group of teenagers. Prim would certainly have had a visit to my Inclusion room to consider the impact of her actions by now and I think Ginger would have had a few detentions for defiance. Hedwig would be the girl who carries a pink padded Paul's Boutique handbag to school rather than a school bag. The PE department would be worrying about ringing home with regards to Bluebell's obsession with food and poor old Maggie would be the 'grey' kid in the classroom, who is generally overlooked despite doing her very best in class and being well behaved.
Posted by Happeninguponhappiness at 09:13