Lovely to go away, nice to be home

The weekend in France was absolutely lovely! Even though it was only two nights, it felt like a week - really relaxing. I'll post some photos when I've downloaded them.

Although I enjoyed going away, it's always lovely to come home again, isn't it? There something so special about slipping back into your normal routine.
The chickens had behaved themselves and we're all fine. It's the first time the younger children had looked after them, but they did an excellent job.
The veg are growing well in the garden, but I'm expecting a burst of activity in May. I had been thinking I was doing well, but seeing other people's blogs, I realise it's a bit behind. Still, allowing for various climatic differences, degrees of experience and access to greenhouses and polytunnels, I'm pleased with what's happening in my backyard! 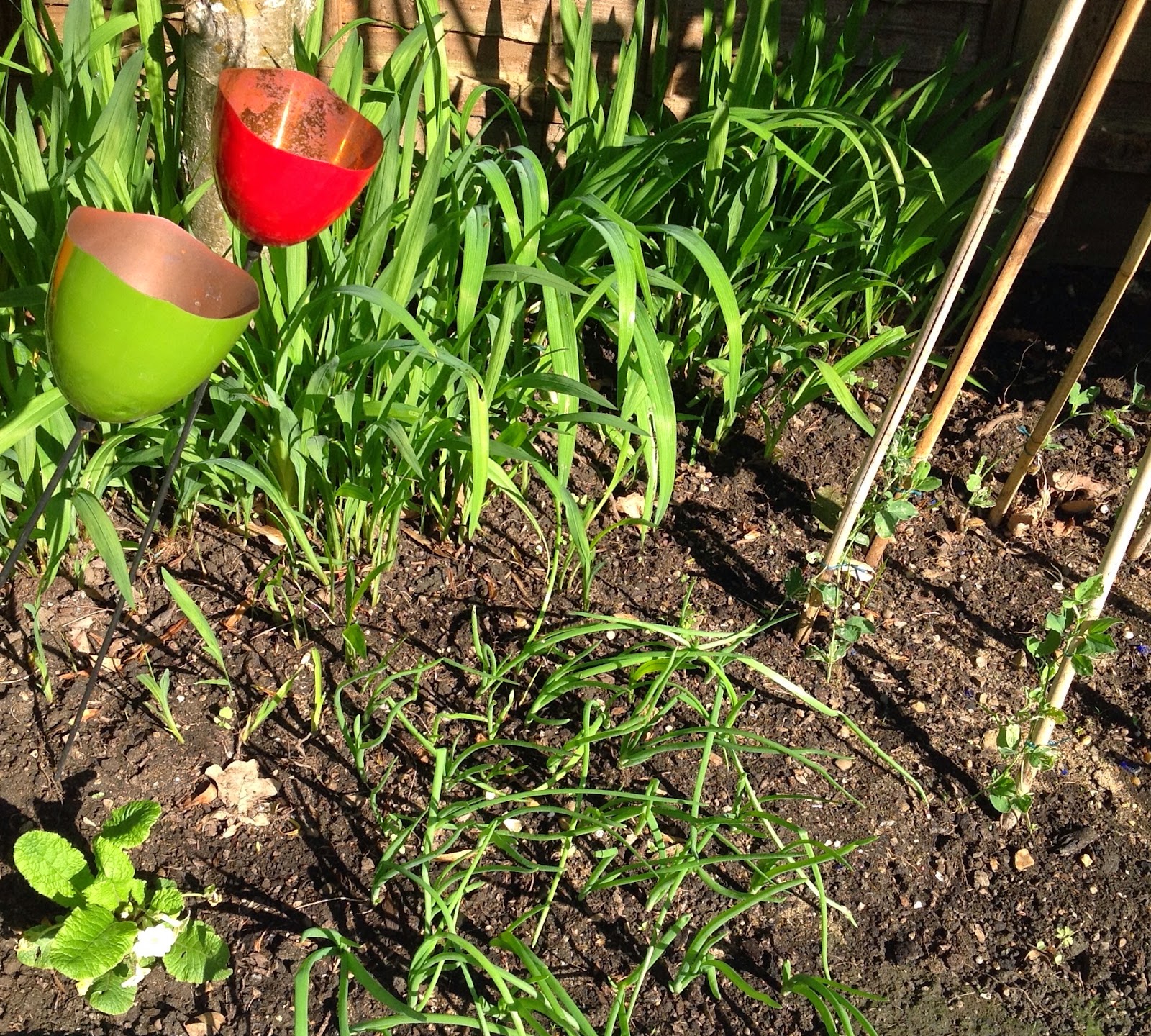 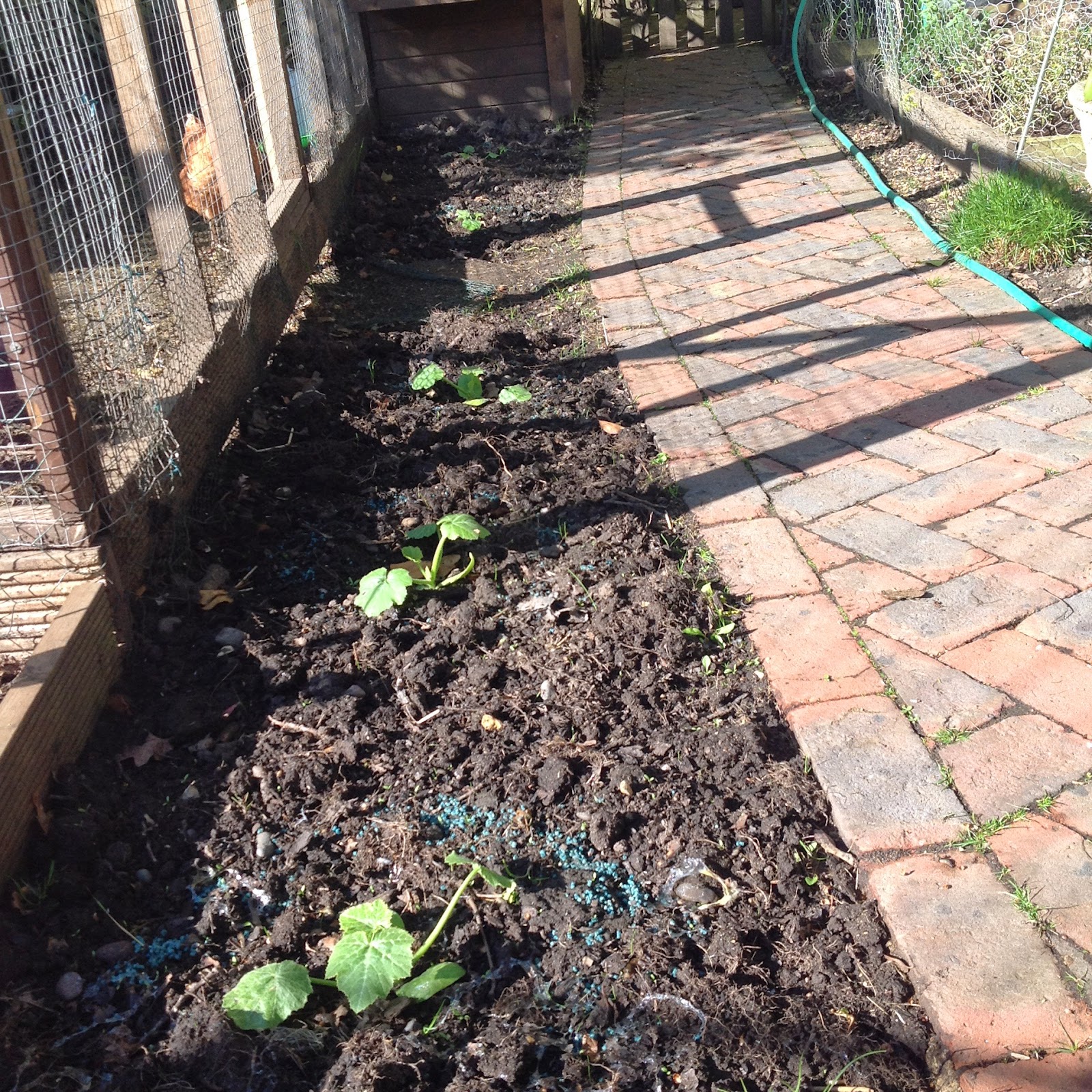 Courgettes in a patch that was once part of the run, so is nice and fertile! Onions, shallots and broad beans in one of the two small raised beds 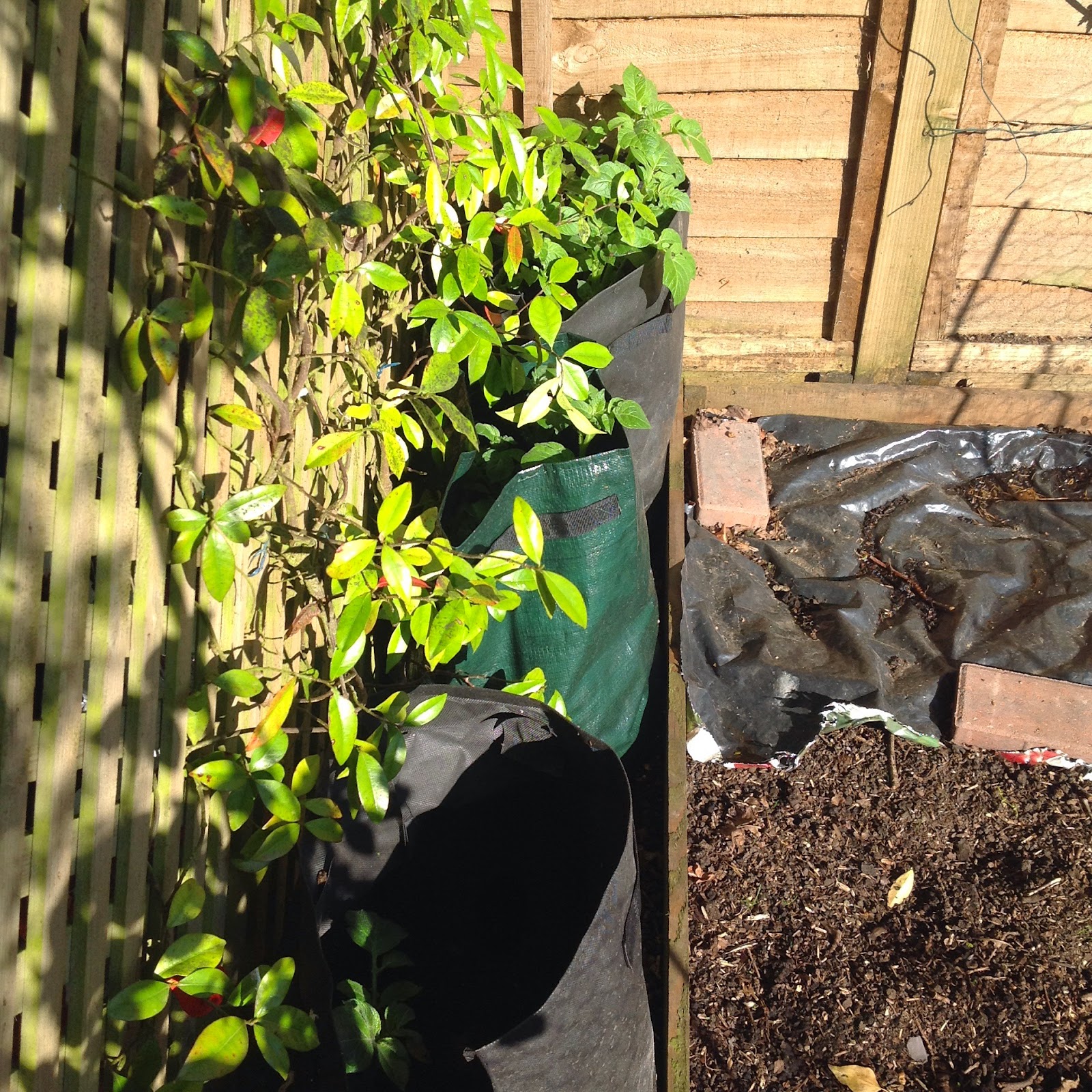 Some of the six potato bags dotted about in spare corners 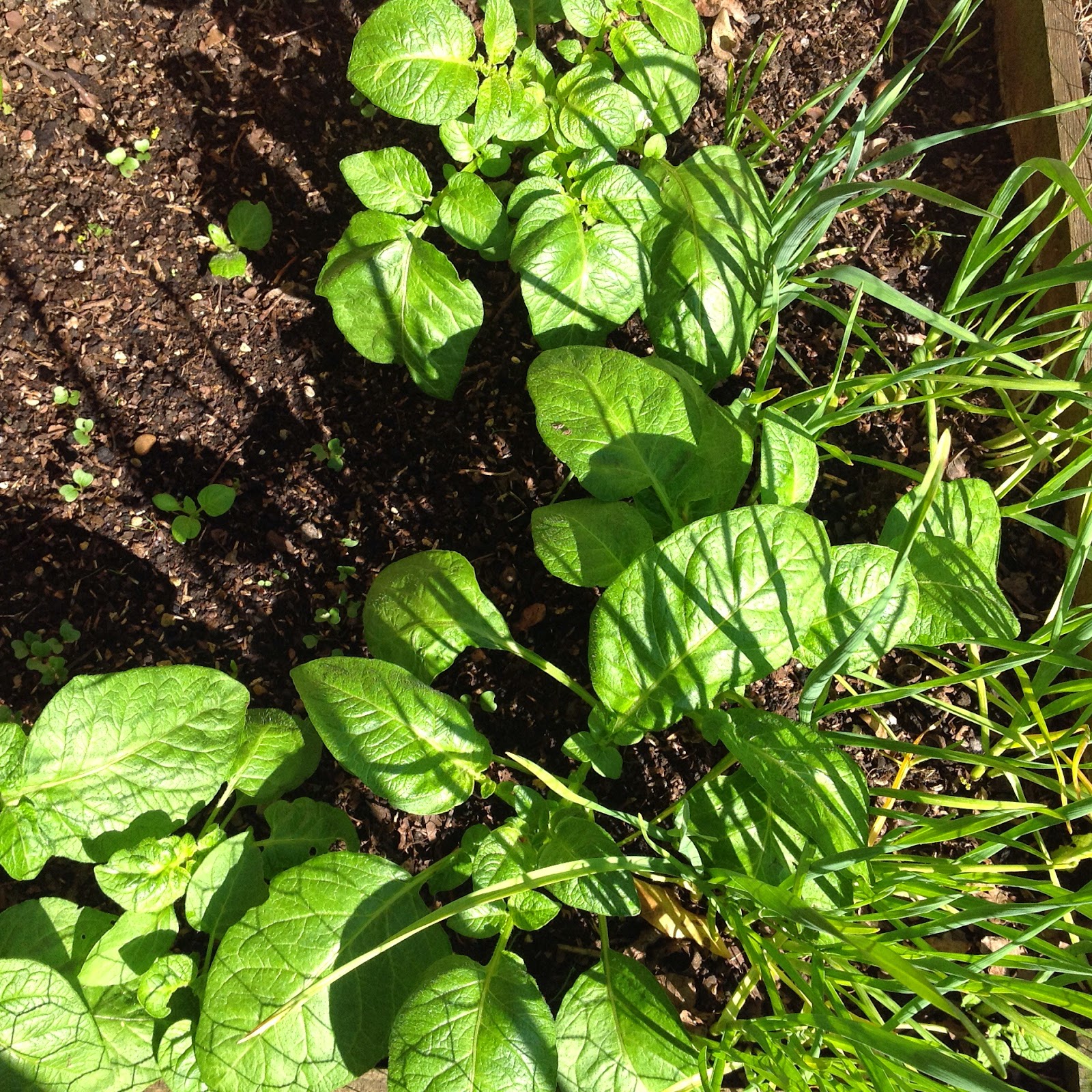 Garlic, some random potatoes and spinach just starting to appear in the second raised bed 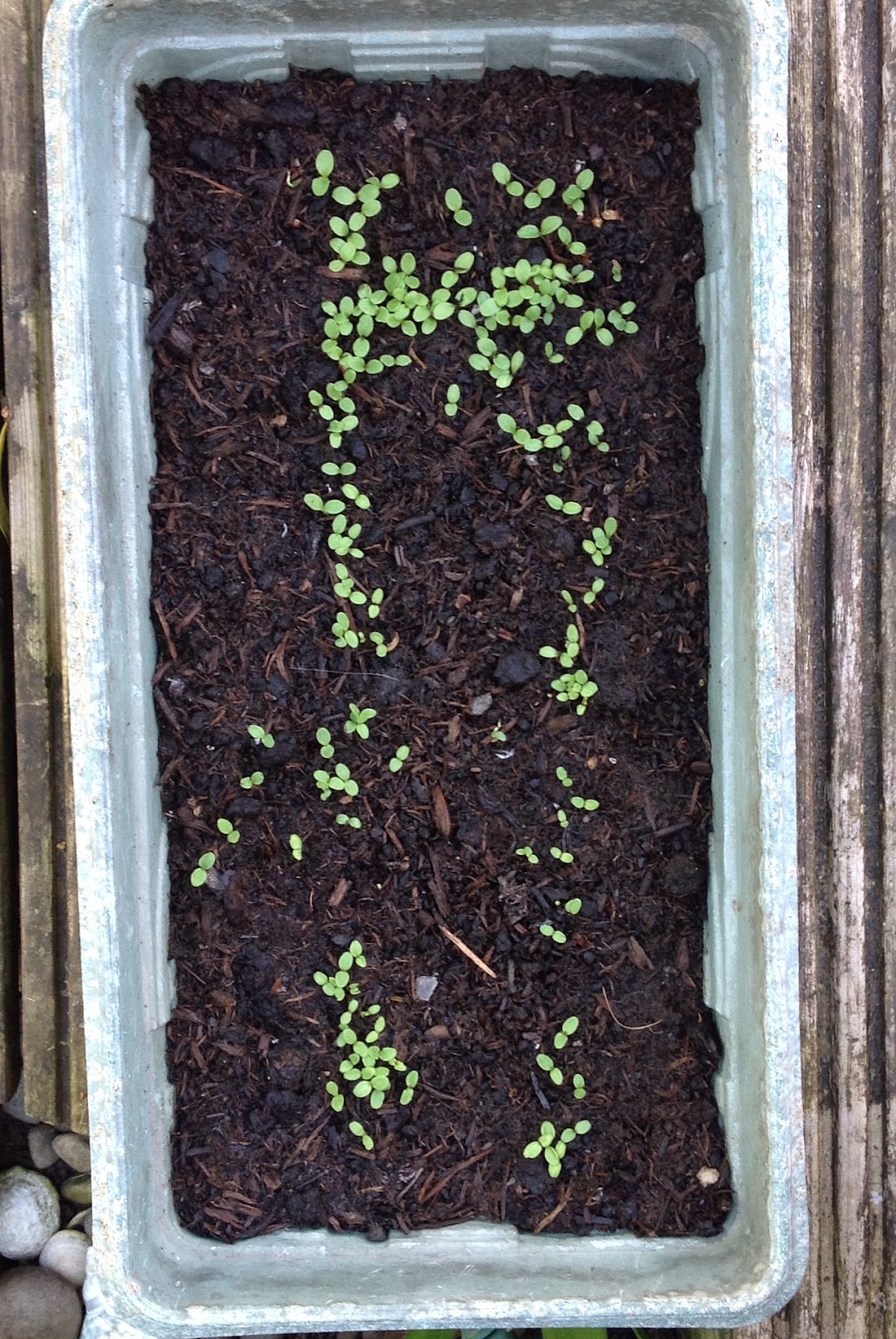 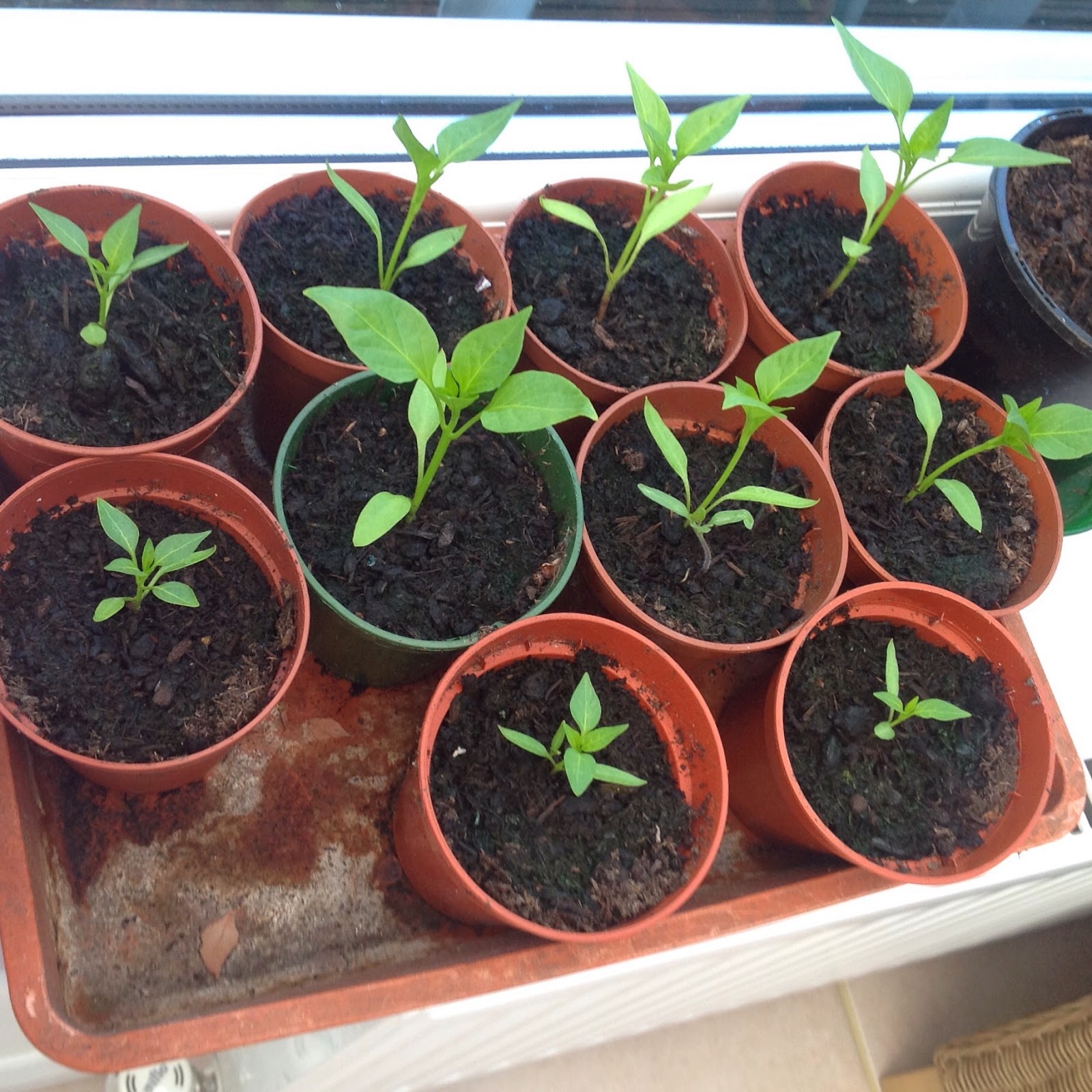 Romano peppers and chillies waiting to be potted on to be grow on the window ledge in the conservatory (praying for no white fly this year!) 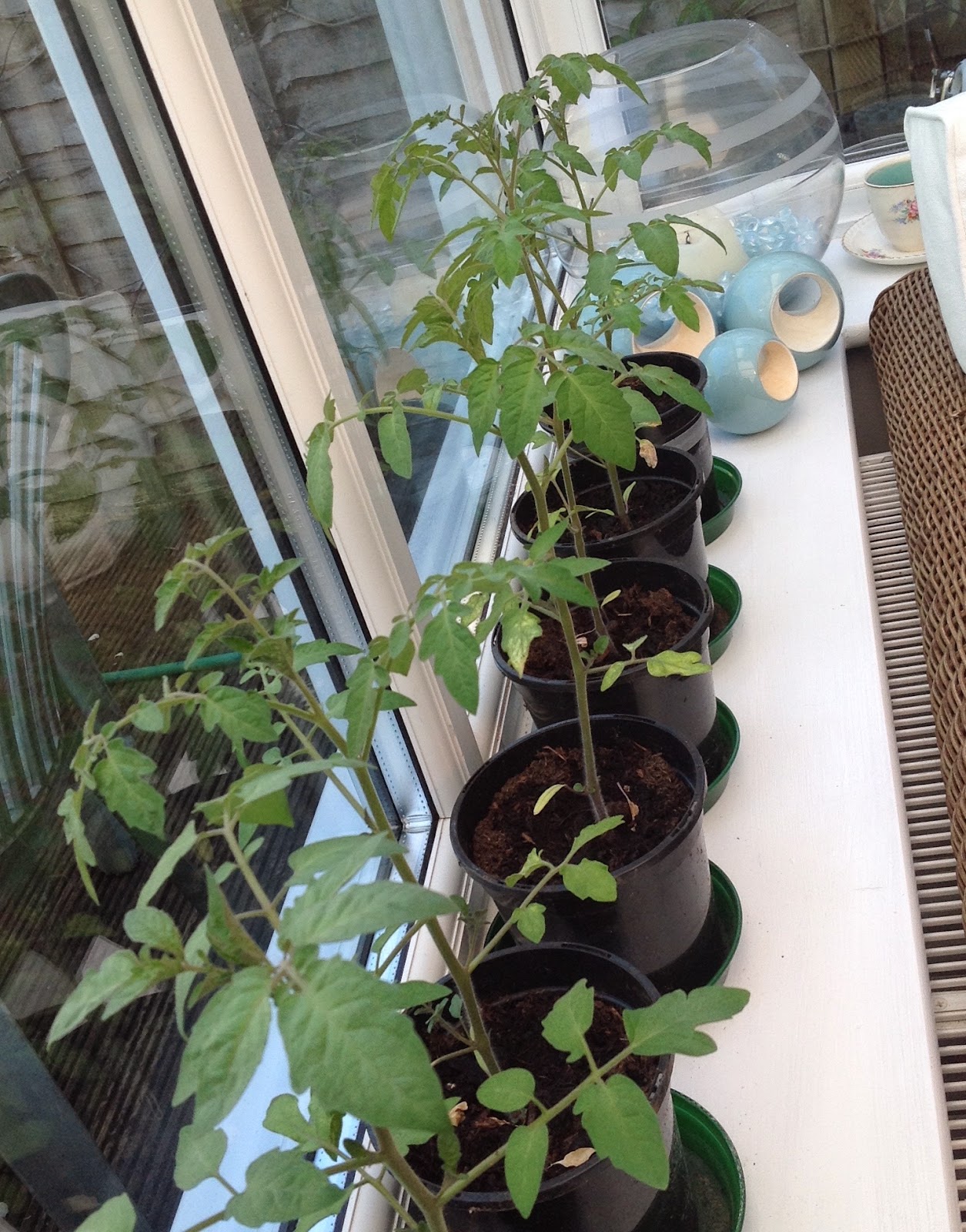 Tomatoes desperate to be planted out, but I'm just waiting for the bulbs which I had planted in my big pots to be over before putting the tomatoes in the Pots! It's a waiting game. 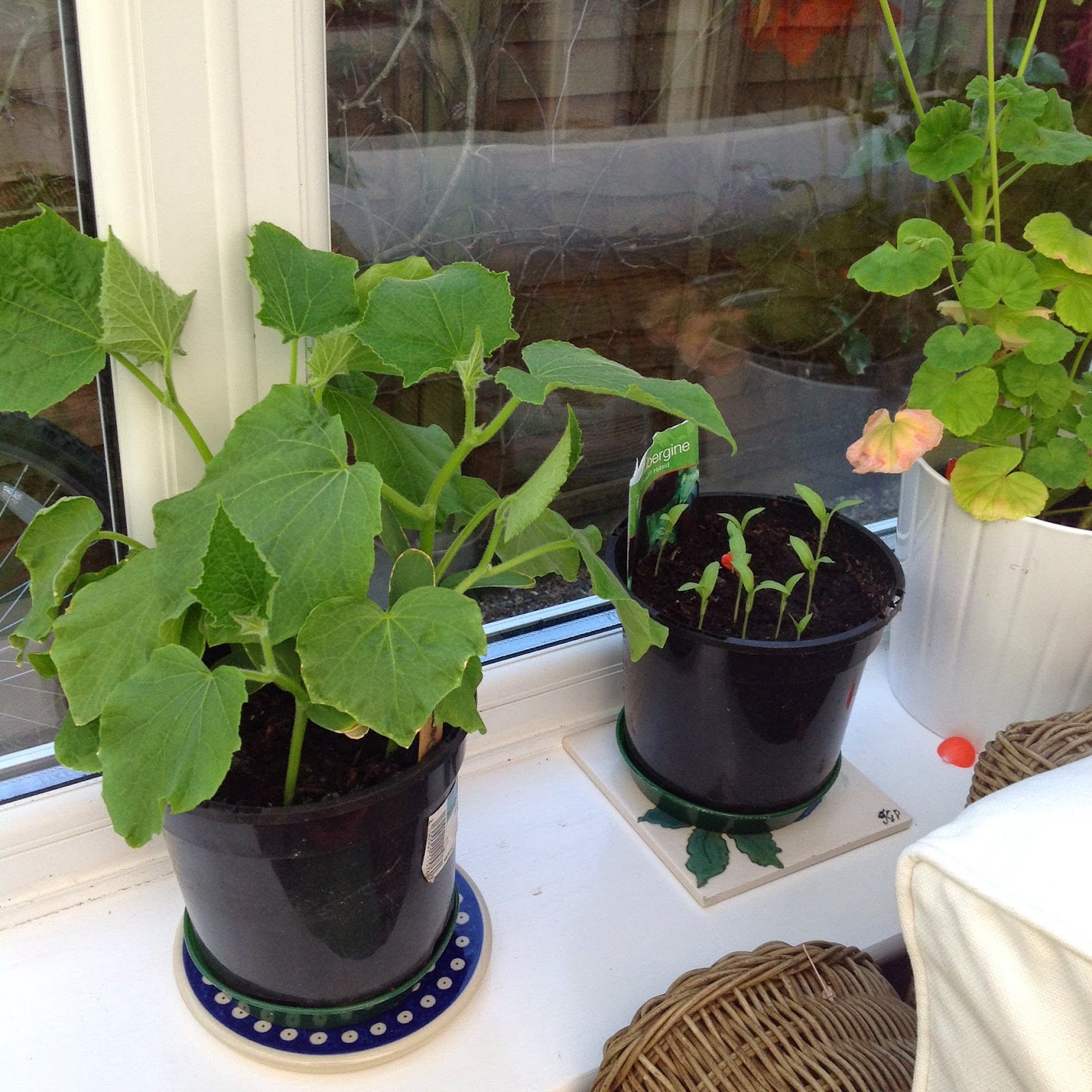 Cucumbers ready to go out and aubergines ready to be transplanted to grow in the conservatory too.