Getting to grips with veganism

As I mentioned, I'm giving Jamie Oliver a try this week. So far, so good - he hasn't disappointed!
Last night's meal was vegan mac 'n' cheese (obviously gluten free too). 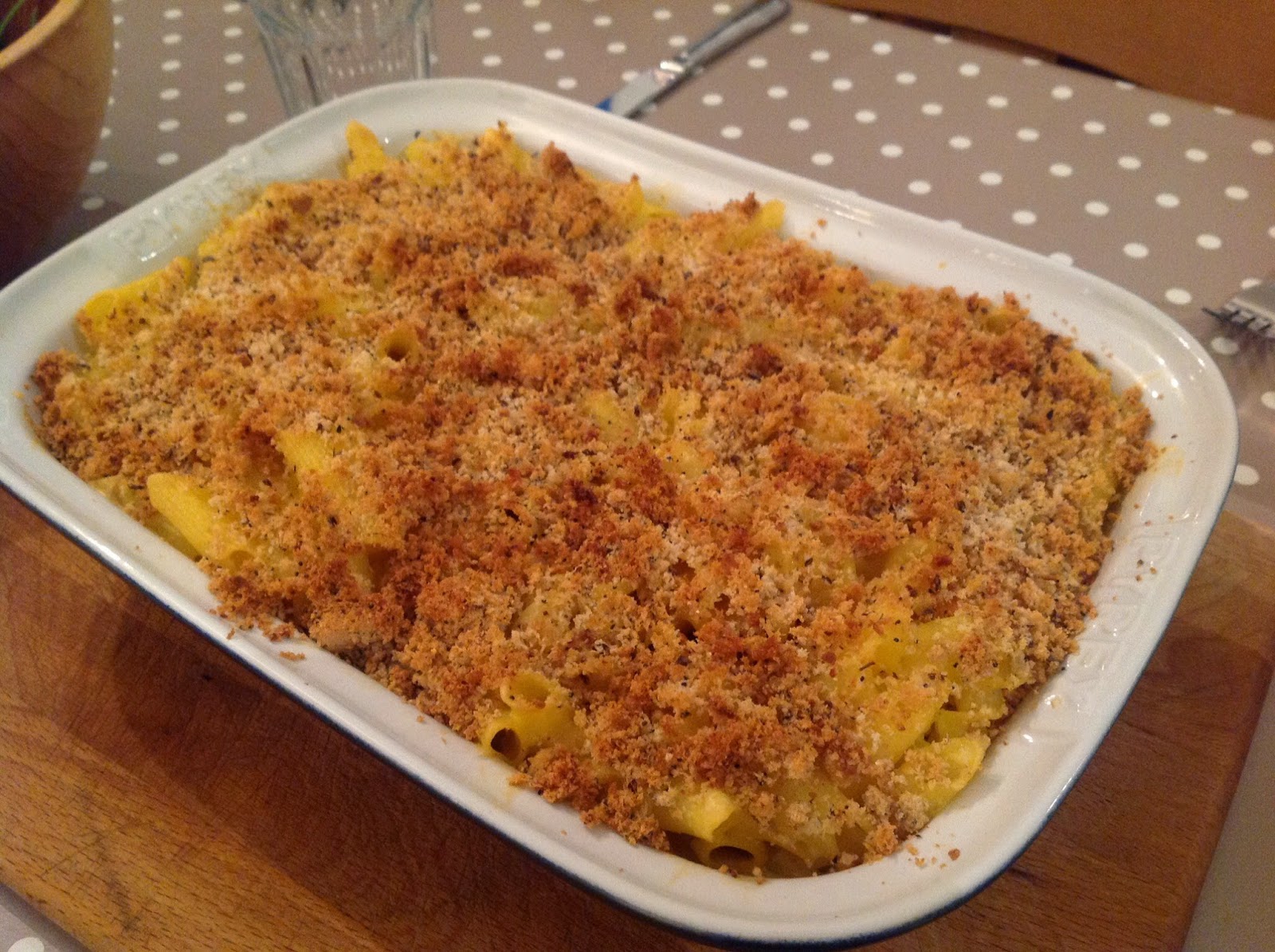 Quite simple and straightforward to make, so I was feeling perfectly confident as I brought it out of the oven and carried it across to the table. Then Daughter number one says "That's brave! Macaroni cheese is the holy grail of vegan cooking - it's the one thing all vegans seek to conquer!" Hecky thump! My confidence started to wain away pretty quickly....
However, apart from the fact that next time I'd have more sauce, it was a great success with everyone going in for seconds and daughters 2 and 3 even going for a third helping! VERY unusually for me, I added some ketchup - not normally my style at all, but it went very well with it. I also served it with a large mixed green salad. 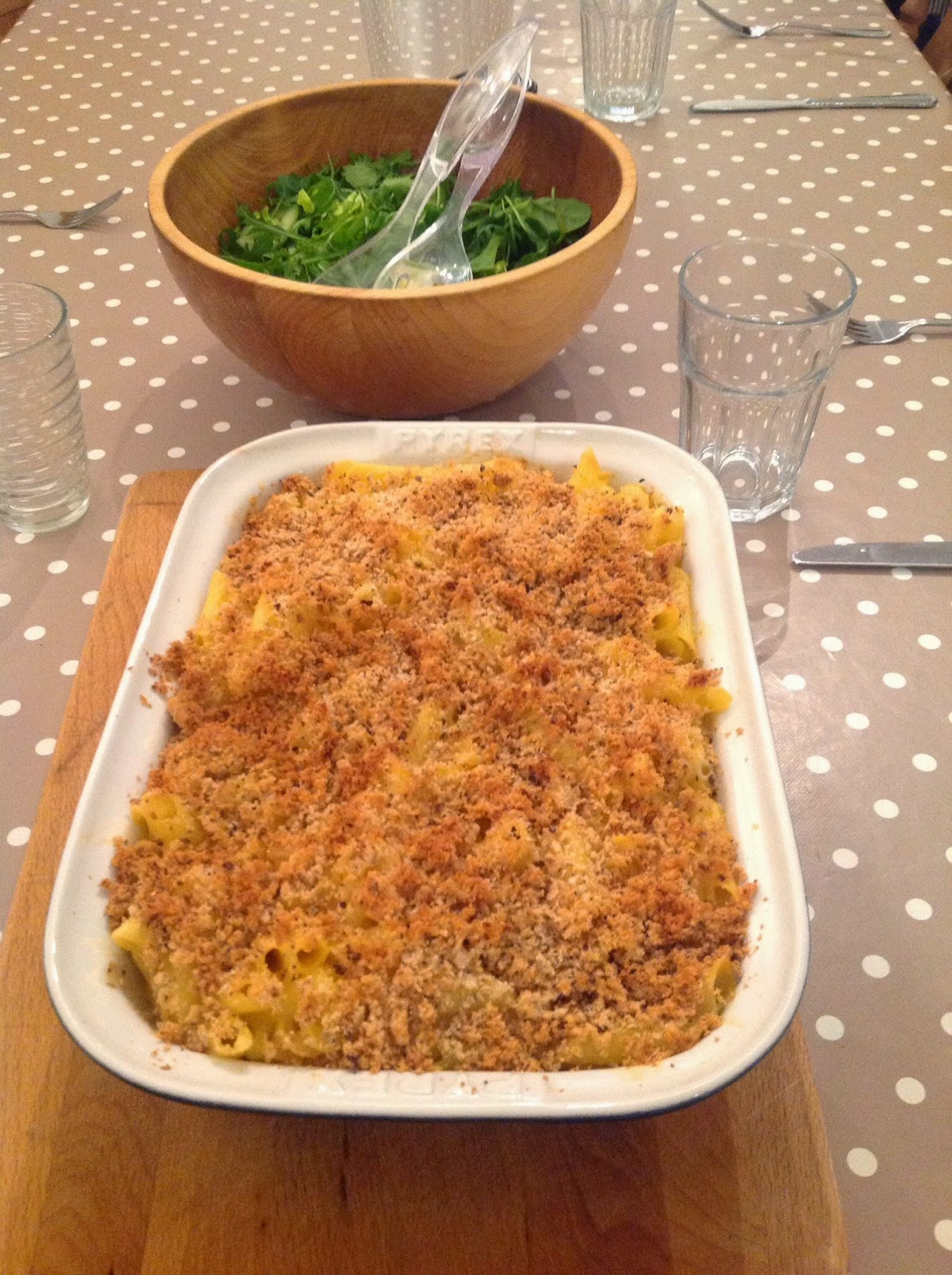 It was also the first outing for my new lasagne dish - £10 from Tesco. My previous one had developed an alarming crack and despite trying several thrift shops, I couldn't find a second hand one big enough for the six of us. 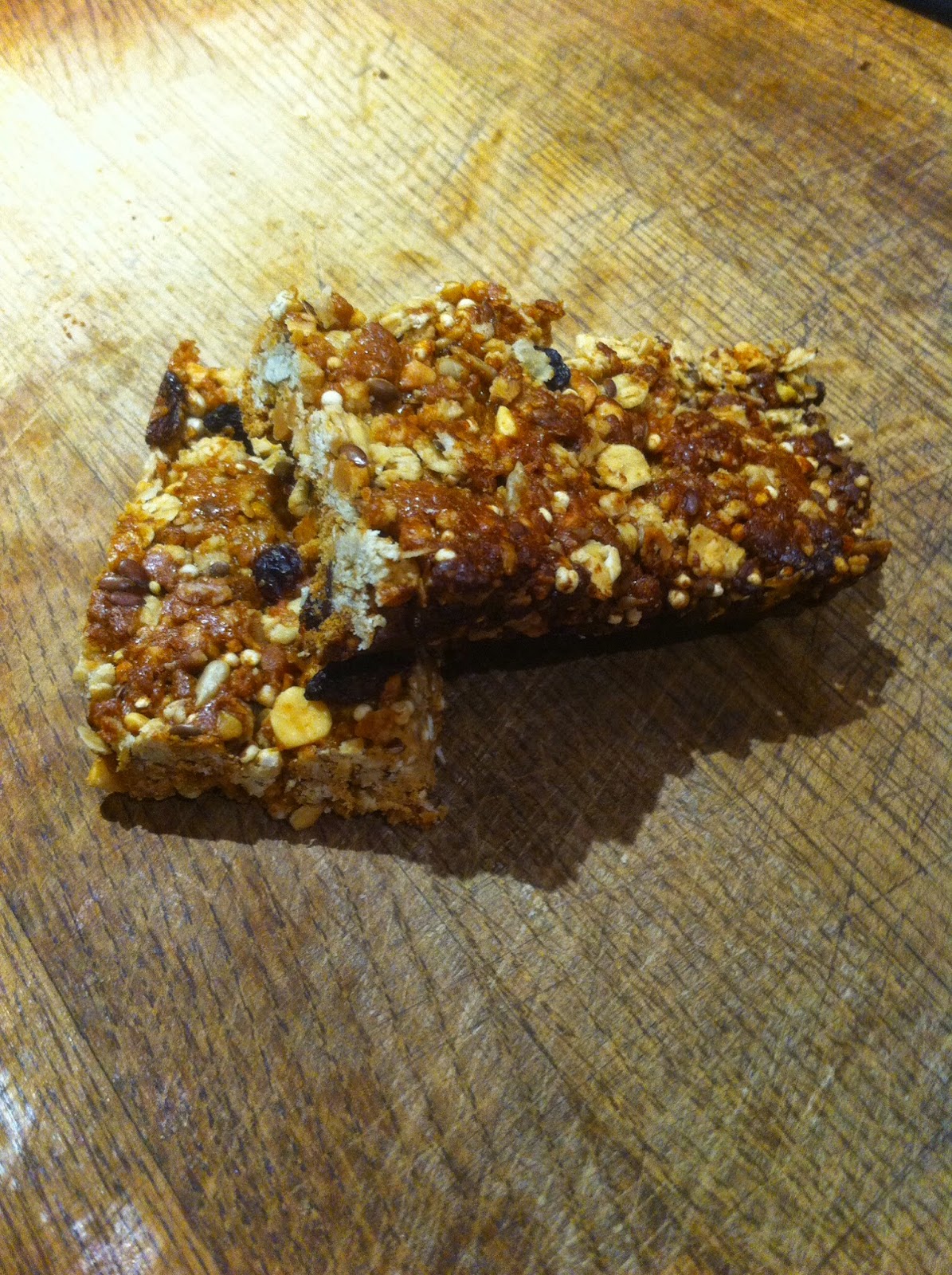 My vegan, gluten free bake this week - peanut butter granola bars. OMG - these are dangerously moreish!! I had the crumbs left over from cutting them into bars, mixed in some yoghurt - delicious!! Obviously you need to like peanut butter (which two of mine don't) but for those of us who are fans, these couldn't get much better!! Will definitely make these again. 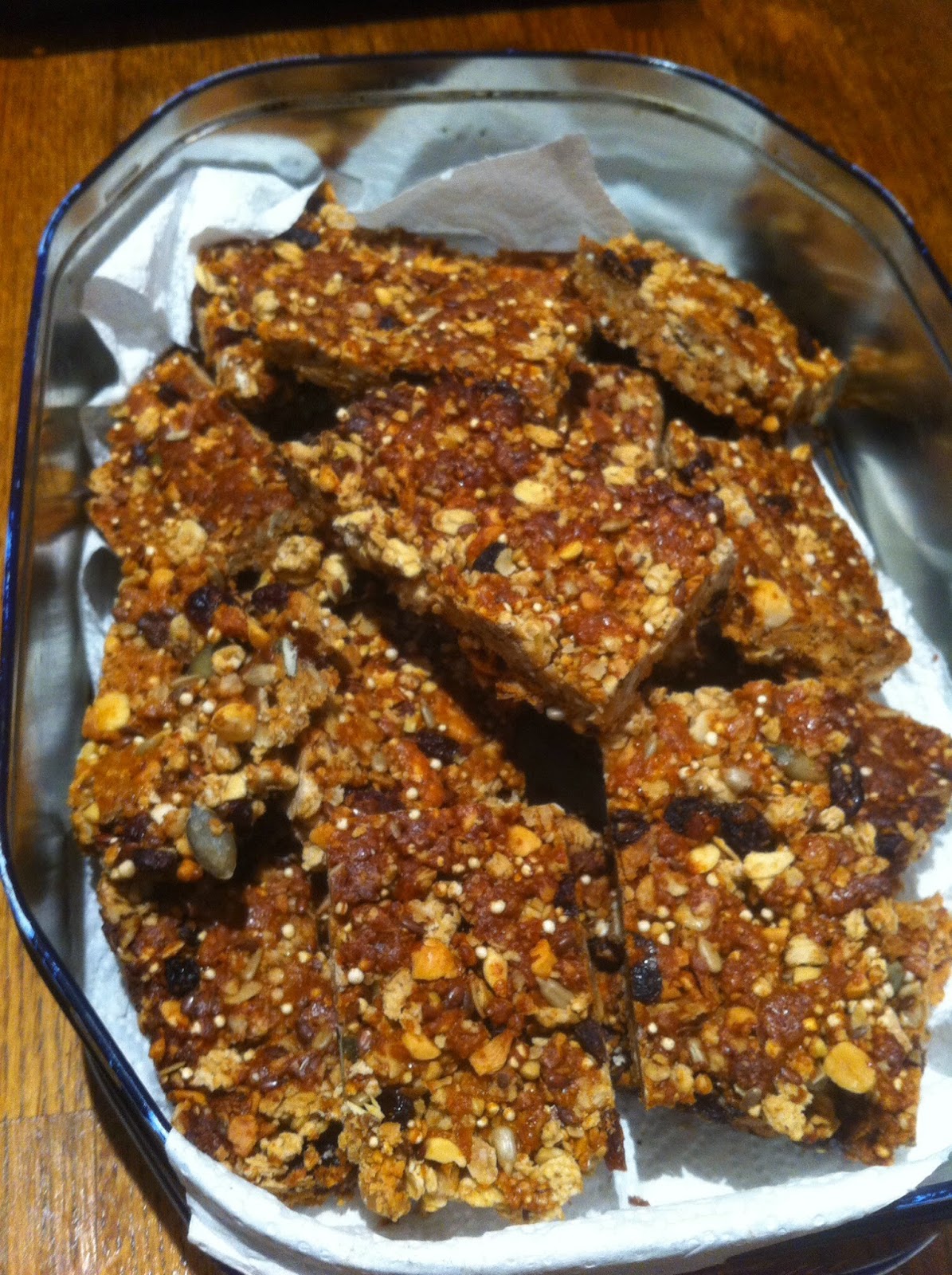